The first half of the movie A Quiet Place is the closest thing I’ve experienced to an accurate metaphor of what it’s like living with C-PTSD. It’s like that, all the time, except no one is there with you, or understands at all.

Friends if this is also you, you might want to skip it. Personally, I found it relieving, less isolating, to see something portray this experience. 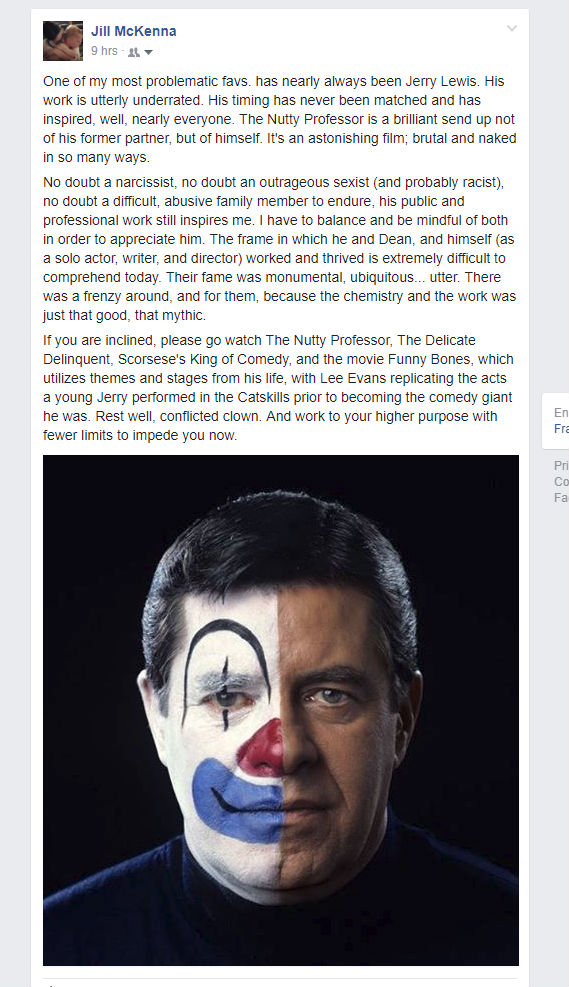 Almost two months ago there was a two-week period of nothing; just metaphorically dotting & crossing the last marks in an afterword, and closing a back cover. Then, spreading open new, aspirin-white pages, watching everything remaining rush to arrange and take places, like a show about to start. One last thought of gratitude, and then surveying across the clear new, and nebulous.

That very quiet period was a strangely still pocket, not totally unlike just after H- was born, when feeding 5-6 times per day and through the middle of the night left me with a lot of time of just having to sit, and be. During that time I cranked through a ton of viewing and this time, albeit a smaller window, was the following… END_OF_DOCUMENT_TOKEN_TO_BE_REPLACED

END_OF_DOCUMENT_TOKEN_TO_BE_REPLACED

It took me just over a quarter of David O. Russell’s American Hustle to realize that something else was going on entirely. What I expected was: ‘Oh formula, common-genre, Casino redux with Bale as De Niro.’ And Bale is De Niro, on purpose, but his appearance is 100% Tony Clifton. It would be easy to see the extensive employment of so many hallmarks of American culture as homage, but what’s going on is far more faceted.

It’s soon clear that the title, American Hustle, refers more to the film itself, as well as the film industry and media at large. More than once the characters offer: “People see what they want to see.” While I think the need to underline this fact is heavy-handed and already clear to thinking viewers, it really is the point of the film. Before the film begins, text flashes on the screen claiming: “Some of this actually happened.”
‘
The larger statements of American Hustle wade into theory about art: about sincerity, authenticity, and irony. For anyone that has read it, not recalling Lionel Trilling’s book “Sincerity and Authenticity,” during American Hustle, is nearly impossible, as well as Susan Sontag’s wonderful essay, “Notes on Camp.”  In modern film, where does the sincerity begin and authenticity end? Which is being sacrificed for which, and what is the larger statement? Why do audiences expect entertainment to be hyper-realistic, even when employing genre or fantasy? Where is the artifice and to what end? Why do we ask to get “lost” in film, to perceive it as a reality and suspend disbelief and how far do we really expect that to go? Where do reality and entertainment meet, and why do we need them to meet?

There are stellar of moments of watching Russell exploit artifice to the end of placing all of the above questions squarely in the lap of the audience, whether they know that they are ‘Seeing what they want to see,’ or not. Wonderfully, the heavy stage makeup of Renner and Cooper is regularly visible on their collars. This presents a moment for the audience to make a decision: look past it as a production mistake and stay immersed in the narrative, or observe that Russell is pulling the film down on itself.

There is another absolutely stunning moment between Bale and De Niro. It is framed within the narrative as Bale wondering how much De Niro knows – how much the jig is up, or at least, in jeopardy. But the way Russell crafts Bale’s and De Niro’s characters, what we are watching is Deniro seeing Bale doing his best De Niro in sum totality. It is awkward, and fascinating, and like watching a Father speaking volumes of knowing, frustration, and threat to his son without a single word; without creating a scene. It’s the ultimate: I know what you are doing. You are on thin ice, buddy…

It was said recently by two actresses (Sarah Michelle Gellar and Lizzy Caplan) at a panel on women in TV, that TV allows for 3-dimensional female characters, which is why they prefer the medium. Gellar stated: ‘In movies you can be the wife, the daughter, or the girlfriend, and those roles don’t allow for much development.’ It’s a true statement, which is why Amy Adams and Jennifer Lawrence, (as well as Elizabeth Rohm) are so towering in these roles. They are multi-faceted… finally.

Compared to the men, they are far more realistic – flawed and gifted and charming and terrible at once. By flipping how genders are usually portrayed, Russell allows the women to be the center of the movie, and all gravity generated in the narrative is created by them. The male characters are the one dimensional, doing their best impressions of character actors. It’s perhaps the most important statement about what we expect to see / want to see, and what we are actually seeing. American movie-goers expect women as scenery, providing pure emotion in an inconvenient way for male characters, but what they get in American Hustle is the wonderful, terrible mess of Lawrence, and the gravity, intelligence and perception of Adams. In many ways, this is Adams’ film.

I’m no student of all things Andy Kaufman / Tony Clifton, but with 40 extra pounds on him, Bale (visually) as Clifton doing De Niro is speaking volumes about entertainment, con-art, lying, impression, and authenticity. Throughout the film, women are physically removing his colored glasses, trying to get to the real person, but we can’t know what that means for Russell, or upon first viewing, us.

Russell’s Hustle creates far more questions than it gives answers, but two sorts of audience members will walk out of the film: those that saw what they wanted to see – a fun rehash, and those scratching their heads, with a smile on their faces.